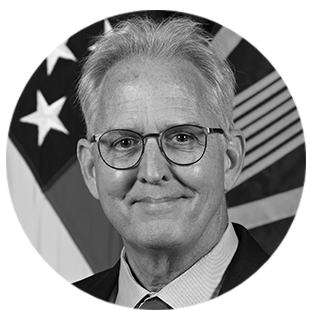 Head of Machine Intelligence for Dropbox 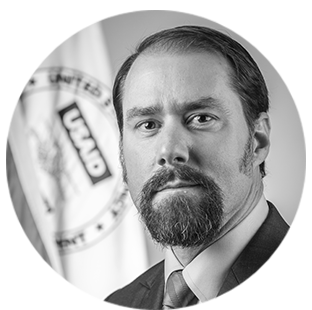 Christopher Burns is the Chief Digital Development Officer (CDDO) for USAID and the Director for the Technology Division within the Innovation, Technology, and Research (ITR) Hub.

In the CDDO role, he coordinates and tracks programmatic Digital Development investments across the Agency; represents USAID's programmatic digital technology work across the interagency and with external stakeholders and partners; and guides the adaptation of the Agency's programs as the digital landscape evolves. He also chairs the Digital Sector Council that meets monthly with representatives from across USAID’s bureaus and independent offices to discuss and coordinate on Digital Development programming.

In the role of Director for Technology, Christopher leads technical teams focused on Digital Finance, Development Informatics, Digital Inclusion, Emerging Technology such as Artificial Intelligence, Cybersecurity and advanced data and geospatial analysis, and the role they play in driving an inclusive digital economy. In his more than twelve years with USAID, he has spearheaded and served as technical lead for a number of public-private partnerships, including the Digital Impact Alliance, the GSMA Connected Women Program and the Alliance for Affordable Internet. He also spearheaded USAID’s first-ever Digital Strategy released in April 2020.

Prior to USAID, Christopher spent nearly ten years with the Peace Corps, as Program and Training Officer for Peace Corps/Niger, Country Desk Officer for Central Asia, and Agroforestry Advisor in Ghana. He has supervisory and management experience and technical background in digital technology, natural resources management, agroforestry, food security, gender equality, and solar power design/installation. All told, he has 25 years of international development experience, primarily in sub-Saharan Africa, including 6.5 years living on the continent. 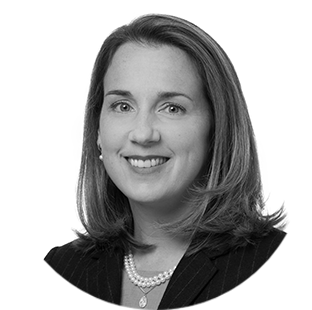 Mackenzie Eaglen is a senior fellow at the American Enterprise Institute (AEI), where she works on defense strategy, defense budgets, and military readiness. She is also a regular guest lecturer at universities, a member of the board of advisers of the Alexander Hamilton Society, and a member of the steering committee of the Leadership Council for Women in National Security. She is also one of the 12-member US Army War College Board of Visitors, which offers advice about academic program objectives and effectiveness. Additionally, Ms. Eaglen serves on the US Army Science Board, an advisory body that provides guidance on scientific and other matters to the Army’s senior leadership.

Before joining AEI, Ms. Eaglen worked on defense issues in the House of Representatives, in the US Senate, and at the Pentagon in the Office of the Secretary of Defense and on the Joint Staff.

A prolific writer on defense-related issues, Ms. Eaglen has been published in the popular press, including in Foreign Affairs, the New York Times, Politico, the Wall Street Journal, the Washington Post, and War on the Rocks. She has also testified before Congress.

Ms. Eaglen has an MA from the Edmund A. Walsh School of Foreign Service at Georgetown University and a BA from Mercer University. 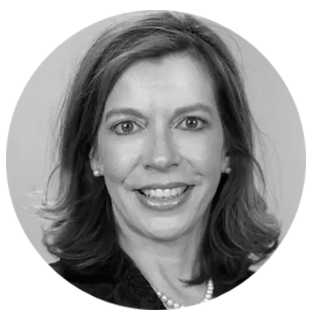 Dr. Evelyn N. Farkas has three decades of experience working on national security and foreign policy in the U.S. executive, legislative branch, private sector and for international organizations overseas. In 2019-2020 she ran to represent New York’s 17th Congressional District in the House of Representatives. She is currently the executive director of the McCain Institute at Arizona State University. Prior to that, she was president of Farkas Global Strategies and a senior fellow at the German Marshall Fund of the United State and the Atlantic Council and national security contributor for NBC/MSNBC.

She served from 2012 to 2015 as deputy assistant secretary of defense for Russia/Ukraine/Eurasia, Balkans, Caucasus and conventional arms control. From 2010 to 2012, she was the senior advisor to the Supreme Allied Commander Europe and special advisor to the Secretary of Defense for the NATO Summit. Prior to that, she was the executive director of the Commission on the Prevention of Weapons of Mass Destruction Proliferation and Terrorism and senior fellow at the American Security Project. From 2001 to 2008, she served as a professional staff member of the Senate Armed Services Committee responsible for Asia Pacific, Western Hemisphere, Special Operations Command, and policy issues including combatting terrorism and export control.

From 1997-2001, Dr. Farkas was a professor of international relations at the U.S. Marine Corps Command and Staff College. She served 1996-97 in Bosnia with the Organization for Security and Cooperation in Europe (OSCE). She has published numerous journal articles and opinion pieces and “Fractured States and U.S. Foreign Policy: Iraq, Ethiopia, and Bosnia in the 1990s “(Palgrave/St. Martin’s Press). She speaks Hungarian and German and has studied French, Spanish, Serbo-Croatian, Russian and Hindi.

Dr. Farkas obtained her M.A. and Ph.D. from The Fletcher School of Law and Diplomacy. She serves as a D.C. family court-appointed special advocate. She is a member of the Council on Foreign Relations, the Board of Directors for the Project 2049 Institute, Supporters of Civil Society in Russia, Leadership Council-Women in National Security, and the Board of Trustees of her alma mater, Franklin & Marshall College. 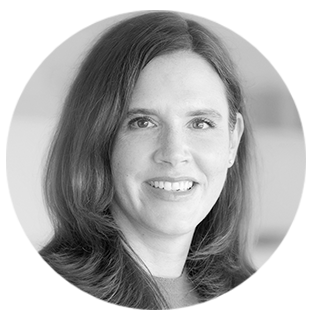 Stacie Pettyjohn is a Senior Fellow and Director of the Defense Program at CNAS. Her areas of expertise include defense strategy, posture, force planning, the defense budget, and wargaming.

Prior to joining CNAS, Pettyjohn spent over 10 years at the RAND Corporation as a political scientist. Between 2019–2021, she was the director of the strategy and doctrine program in Project Air Force. From 2014–2020, she served as the co-director of the Center for Gaming. In 2020, she was a volunteer on the Biden administration’s defense transition team. She has designed and led strategic and operational games that have assessed new operational concepts, tested the impacts of new technology, examined nuclear escalation and warfighting, and explored unclear phenomena, such as gray zone tactics and information warfare. Previously, she was a research fellow at the Brookings Institution, a peace scholar at the United States Institute of Peace, and a TAPIR fellow at the RAND Corporation.

Pettyjohn has authored or co-authored reports on a wide range of issues, including defense strategy and budgets, readiness and responsiveness, the role of airpower in defeating the Islamic State, competition with Russia, possible war fighting scenarios with North Korea, and command and control of multi-national NATO amphibious forces. Additionally, she has crafted a large body of work on the United States’ overseas posture, which explores the operational requirements, its vulnerability to attack, and the political access challenges that the United States faces.

Pettyjohn's work has appeared in The Washington Post, Foreign Affairs, War on the Rocks, Defense News, The National Interest, Foreign Policy, and Lawfare. She has a PhD and an MA in foreign affairs from the University of Virginia and a BA in history and political science from the Ohio State University. 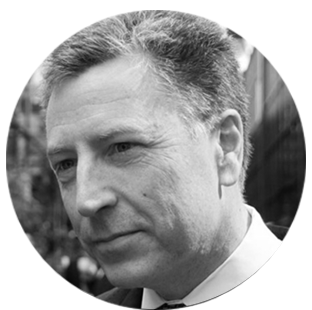 Ambassador Kurt Volker is a Distinguished Fellow at the Center for European Policy Analysis (CEPA).

Ambassador Volker is a leading expert in US foreign and national security policy with over 35 years of experience in a variety of government, academic, and private sector capacities.  He served as US Special Representative for Ukraine Negotiations from 2017 to 2019 and as US Ambassador to NATO from 2008-2009.  Ambassador Volker is President and Founder of Alliance Strategic Advisors, LLC, which provides strategic advice and services to a diverse range of business clients with interest in Central and Eastern Europe.  He has previously served as a Director of CG Funds Trust and the Wall Street Fund.  He also serves as Senior International Advisor at BGR Group, which provides government relations, public relations, and business advisory services to a wide array of clients.

In June 2020, Amb. Volker was named a Distinguished Fellow at the Center for European Policy Analysis (CEPA).  From 2012-2019, Ambassador Volker was the founding Executive Director of The McCain Institute for International Leadership, a part of Arizona State University based in Washington, DC.  He remains a Senior Advisor at the Atlantic Council; a Trustee of the American College of the Mediterranean in Aix-en-Provence, France; a Founding Partner of the American University of Kyiv; a Trustee of the Hungary Initiatives Foundation; a member of the GLOBSEC International Advisory Board; and a member of the International Advisory Board of the US Institute for Peace.  He has taught Transatlantic Relations at The George Washington University Elliott School of International Affairs and is a member of that School’s Board of Advisors.  He contributes regularly to public policy debates, through op-eds, articles, speeches, and television appearances for a wide variety of outlets. 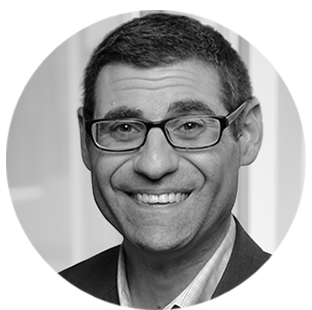 As Chief Strategy Officer, Chris is responsible for leading strategic value creation by operationalizing Peraton’s strategy and partnering with C-Suite personnel and functional vice presidents, sector presidents, general managers, capture managers, and account managers for execution. Chris works to align Peraton’s sector investments with Peraton’s strategic plan and ensure that Peraton infrastructure’s is aligned with growth. He is also the point person for shaping the future of Peraton.

Chris has over 20 years of domestic and global cyber expertise. He has a long history of leading multiple business growth and strategic campaigns across space, intelligence, cyber, and defense missions. Prior to joining Peraton, Chris spent 24 years with Northrop Grumman and its predecessor companies. Most recently, Chris was vice president, Information Warfare and Cyber Survivability and previously served as vice president, Global Cyber Solutions. Earlier, as the director of Strategy for Northrop Grumman’s former Cyber & Intelligence Mission Solutions division, he led strategic planning, market analyses, and growth efforts through innovative approaches.

Chris earned his bachelor’s and master’s degrees in information systems from the University of Maryland, Baltimore County (UMBC). He was a Northrop Grumman technical fellow emeritus, a distinction bestowed on the company’s top scientific, technical and systems engineering talent. Valentino also serves on the UMBC College of Engineering and Information Technology (COEIT) external advisory board. 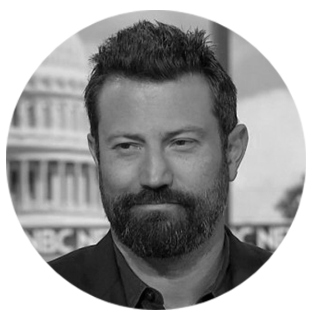 Kevin Baron is executive editor of Defense One. Baron leads a newsroom of journalists covering the future of international security while overseeing all editorial output and events. He is also a frequent on-stage event host, moderator, and on-air contributor. For 25 years, Baron has reported on war zones and world leaders, covering the military, foreign policy, intelligence, and politics for Foreign Policy, National Journal, Stars and Stripes, and investigations at the Boston Globe and the Center for Public Integrity. He is twice a Polk Award winner, founding vice president of the Pentagon Press Association, and a former national security/military analyst at NBC News & MSNBC. Baron earned his M.A. in media and public affairs from George Washington University, and his B.A. in international studies from the University of Richmond. He studied in Paris and is a member of the Council on Foreign Relations. Raised in Florida, Baron lives in Northern Virginia. 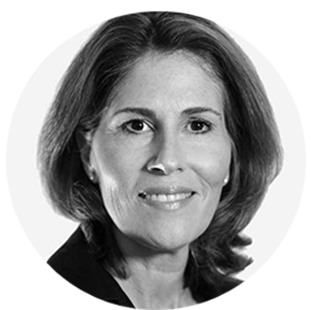 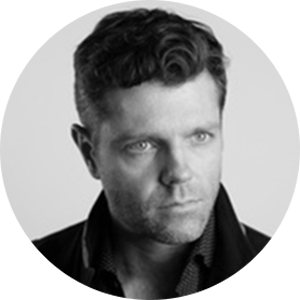 Patrick Tucker is technology editor for Defense One. He’s also the author of The Naked Future: What Happens in a World That Anticipates Your Every Move? (Current, 2014). Previously, Tucker was deputy editor for The Futurist for nine years. Tucker has written about emerging technology in Slate, The Sun, MIT Technology Review, Wilson Quarterly, The American Legion Magazine, BBC News Magazine, Utne Reader, and elsewhere.

Marcus Weisgerber is the global business editor for Defense One, where he writes about the intersection of business and national security. He has been covering defense and national security issues for more than 16 years, previously as Pentagon correspondent for Defense News and chief editor of Inside the Air Force. He has reported from Afghanistan, the Middle East, Europe, and Asia, and often travels with the defense secretary and other senior military officials. Marcus’ work has been cited by the New York Times, Washington Post, Los Angeles Times and many other U.S. and international publications. He has provided expert analysis on BBC, CNN, Fox News, MSNBC, NPR, SiriusXM and other television and radio networks. In 2018, he won a Neal Award for his coverage of the Pentagon and defense industry. Marcus served as vice president of the Pentagon Press Association from 2015 to 2022. An avid hockey fan, Marcus earned a bachelor's degree in English/Journalism from the University of New Hampshire.